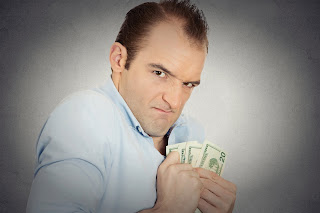 Technology has much evolved over the centuries and especially in recent decades. Technology has transformed our lives and daily tasks, but our fundamental genetics have not changed in the past 50 000 years, which is a glimpse in the time scale of evolution. In the Paleolithic era, humans were hunters-gatherers. However, like the Apes, they gathered in small tribes led by a chief. In this way, they felt more confident facing the challenges of life than if they struggled alone. Killing a mammoth was easier and provided enough food to feed the whole tribe.

Small and medium size enterprises (SME) are the modern version of the Paleolithic tribes, and their president/shareholder plays the role of the tribal chief. Larger enterprises resemble more to the societies that emerged with the Neolithic era, 10,000 BC.

In the Paleolithic era, like today, most humans were followers. The few leaders would rule tribes. It is no different today in SMEs. However, this distinction is not black or white. Every individual finds himself somewhere on a leadership scale. The irreducible leaders started their own tribe as soon as they reached adulthood, whereas the more moderate (and often older) leaders replaced the leader of their tribe when he died or became too old. Some followers remained faithful to the same chief all their lives, while others were moving from one tribe to another. But most of the time, whenever a follower found a tribe where he felt esteemed and secure, he would remain, instead of facing insecurity, a feature that belongs more naturally to the personality of a leader. Sometime, the leader would expel a follower from its tribe, the modern equivalent of the dismissal.

Some tribes, especially the new formed ones, experienced a higher turnover rate of their members. This was often due to the leader’s poor strategy and resulting inability to feed its tribe properly (feed properly now means providing a decent salary). But, most of the time, it was due to his poor leadership skills and resulting inability to inspire trust and provide recognition to its members. Normally, the older the tribe, the more there were older members.

Each tribe eventually developed its own set of behaviors and beliefs which provided a competitive edge over other tribes. This concept corresponds to corporate culture in today’s SMEs. Each newcomer must learn and abide by the culture of its new tribe. Otherwise, he won’t stay long. Each newcomer must also take an oath to its chief. This process consists for the newcomer to expose its vulnerability to the chief and for the chief not to use this opportunity to hurt the newcomer (at least not too much). This is how the newcomer establishes a relationship of trust with its new chief and swears allegiance to him. The same behavior is found among other mammals, namely male rats expose their genitals to the chief of rats, and this chief bites them gently while he could hurt them fatally. In this way, the chief establishes its authority. The same phenomenon exists among SMEs, but an individual with strong leadership is not likely to expose its genitals (figuratively speaking).

Tribe cultures develop and evolve according to the law of natural selection. Tribes with better culture are more successful. However, the more a tribe succeeds, the more its members will blindly believe in the vision of its chief and provide him with docile obedience. Alas, no environment is static. It was true back then and its is even more true today. Therefore, the culture must adapt, or its competitive edge will vanish. The more obedient the members of a tribe are, the less likely they are to innovate, and contribute to the evolution of their tribe’s culture. The incentive to innovate in old tribes often comes from a newcomer which doesn’t share the cultural bias of other members. The leader may seize this opportunity or may disregard it and, even worse, interpret this initiative as a threat to its authority and punish the innovative member accordingly. Sometimes, it is not the leader but the long-time members who develop this feeling of threat, in which case they will urge the leader to expel the newcomer. Of course, this whole process will occur hypocritically in the back of the newcomer as followers don’t have the balls to face a leader.

Followers are no less intelligent than leaders. When their chief is wrong, they most often feel it, unless the culture of their tribe has wrecked their objectivity. However, as followers, they will not dare to confront the idea of their chief, but simply show less enthusiasm. In this way, the chief may sometimes understand the message without impinging on its authority, at least not ostensibly. But when the chief is too stubborn to twig the message, the followers will hypocritically behave like if they agreed. During my career, I have even seen leaders unconsciously hire dumb assistants to assert their superiority and justify their leadership. Such behaviour is not only counter-productive but it is also a lack of true leadership. Indeed, leadership is not about intelligence but about emotional intelligence.

Whether it prevents the corporate culture from evolving or it belittles the employees who stand out, hypocrisy is a human yet serious evil which undermines corporate growth. A good president should be humble enough to hear and even encourage the ideas of his subordinates – otherwise he will not exploit their full potential. As his business grows, his role as a leader becomes more to separate the good wheat from the chaff than to actually harvest himself. A good president should also soon detect and eliminate the cancer cells of hypocrisy before metastasis spread within its organization. It can be helpful to post signs on walls stating the mission of the company and worshiping straightforwardness, transparency and even courage and boldness. However, my personal experience is that the companies that do it paradoxically possess the most hypocritical staff. Is the poster a tentative remedy for hypocrisy or is it comforting denial? I couldn’t tell.

“Principals” from Ray Dalio is an excellent book on corporate transparency. Do not just read it. Apply it too.